Emotional Intelligence; what is it and why do you want it? Being successful in business requires more than just a good education, years of experience and smarts. It also requires insight, social skill and sensibility. To climb the career ladder, someone also must be able to control impulses, read situations and people, influence others, and manage stressful situations: easier said than done.

CAN EQ BE MEASURED?

They come with statistical validity and reliability reports so you can trust that you are receiving the most comprehensive and highest quality feedback.

WHAT ARE THE BENEFITS OF TAKING AN ASSESSMENT?

Taking a scientifically validated assessment is a great way to quantify skills that are hard to measure. It is the perfect baseline tool to use before starting any kind of development initiative. Not only will it assess your current skills, but it will also provide a road map for you to focus your efforts. Assessments also help to raise one of the foundational skills of EQ, self-awareness.

HOW IS EQ DIFFERENT FROM IQ?

IQ is a measure of internal factors (thinking and reasoning skills). According to research, IQ is static; meaning, it peaks in the late teens and does not improve after that regardless of life experience. Conversely, EQ is a measure of someone’s behavior and ways they interact with others and the world around them. EQ can change over time and it is correlated to maturity: there is typically an increase in one’s EQ over the course of his or her lifetime. IQ is often described as book smarts, EQ could be described as street smarts.

WHAT IS THE EQ ADVANTAGE?

Researchers call this emotional know-how Emotional Intelligence, or EQ. Emotional Intelligence is a set of skills that include one’s ability to recognize their own impulses and moods and the ability to read situations accurately and respond most appropriately depending on the situation or person they are dealing with. You’ve probably heard it called “soft skills”, “people smarts”, “social savvy”, or “street smarts”. EQ is all of this and more.

Our firm uses these five characteristics along with five additional ones and assists organizations in strategically applying them to leadership initiatives: interviewing and selection, succession planning, performance coaching, and learning & development.

The qualities of EQ are easily recognized as street smarts but what most people don’t realize is that it is a bona-fide characteristic, one that can be recognized, measured and increased.

There is a correlation between high EQ and success in life. EQ is not the measurement of one’s personality, it is not a way to predict one’s career and it is not static. EQ can change over time and it is correlated to maturity: there is typically an increase in one’s EQ over the course of his or her lifetime.

Goleman (Ph.D. and professor at Harvard) when conducting validity and reliability studies found that EQ proved to be twice as important as IQ and technical skills for jobs at all levels. Moreover, EQ can account for the entire advantage in positions of higher responsibility. The best news about EQ is that it can be learned. Unlike IQ, which stays constant after the late teens, EQ is a set of competencies one can develop, much like a technical skill.

Being strong in technical skills creates value for the organization, but at some point, those who lack Emotional Intelligence fail to achieve the results they need to within their departments, from their peers or in themselves. Some will hit a plateau in their career, some will change jobs frequently and some are forced to step down from management responsibility.

Having EQ is contagious, acting as a catalyst to enhance the work experience for everyone. Therefore, developing Emotional Intelligence in one often benefits a whole team. And because EQ is a collection of skills that can be learned, real results can be seen from increased awareness, practice and coaching.

In the past, training on topics like stress management and assertiveness skills were relegated to a soft skills training program, treated as a luxury and only offered after the training budget paid for technical training or hard skills. In reality, these are critical success factors that should not be dismissed as mere ‘nice-to-haves’. For example, the Hay Group states one study of 44 Fortune-500 companies found that salespeople with high EQ produced twice the revenue of those with average scores. In another study, technical programmers demonstrating the top 10% of Emotional Intelligence competency were developing software three times faster than those with lower competency. What these studies point out, is that Emotional Intelligence is directly related to the bottom line, and is anything but soft.

The best way to increase organizational EQ is to include the critical success factors as part of the core competencies that employees need to have. Individuals responsible for interviewing and hiring need to be educated on how to discover EQ skills, and how to measure the competency levels of current employees in order to target training to identify and provide training in opportunities for growth. You may just see your old soft skills training in a whole new light.

ARE THERE CASE STUDIES?

Much research has been done on the benefits of selecting and retaining those employees with high EQ. Here are some examples of documented cases…

In one year, the US Air Force invested less than $10,000 for Emotional Intelligence assessment and saved $2,760,000 in recruitment.

At L’Oreal, salespeople selected on the basis of Emotional Intelligence had 63% less turnover then those selected using traditional methods.

There are many other examples available at www.eiconsortium.org.

WHAT ARE SOME OF THE TOP EQ SKILLS?

We use the Multi-Health Systems model of EQ skills based on the original by Reuven Bar-On. Navigate the chart below to to learn some of the skills within the EQ tree, the traits that make them up, and how they are defined. 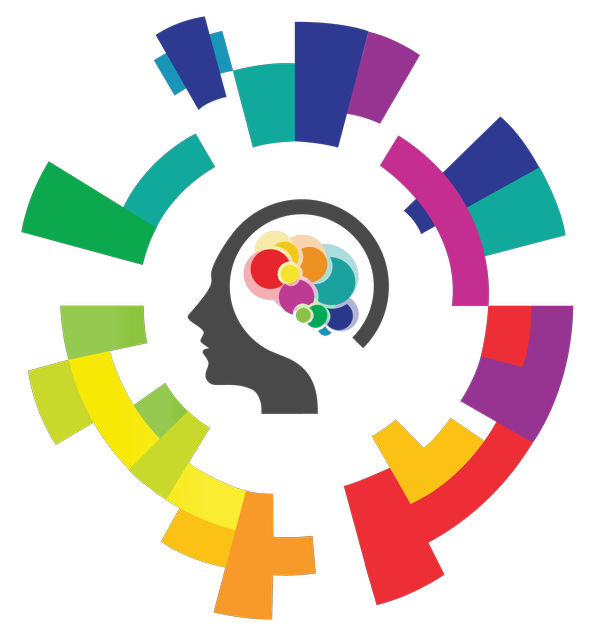 WHY IS IT IMPORTANT IN THE PROFESSIONAL WORLD?

Although technical skill, education and experience play vital roles in successful selection and career development, it is often other skills that determine how well someone performs on the job. Someone with high EQ is able to communicate well with others, has empathy and initiative, can use practical thinking for problem solving and can manage their own impulses to best influence others. Leadership positions, in particular, require this combined skill set in order to best lead a team to high performance.

CAN I BASE MY HIRING DECISION ON EQ ALONE?

No. EQ should not account for more than 20% of the hiring decision. Any organization attempting to measure EQ as part of the interviewing process, should never use it as the only reason a candidate is selected or not selected for a position. It is one of several indicators used to determine the most qualified person for the job. The best candidate should be selected based on work experience, formal education, work history, the interview, employment references, skill inventory and EQ.

CAN I USE EQ FOR CANDIDATES IN HIRING AND SELECTION?

Yes. Today more than ever, it is difficult to do traditional reference checking on candidates. Many companies have decided to only confirm someone’s prior position and dates of employment in lieu of a report on their performance. As a result, many employers are looking for other ways to determine how a candidate will behave on the job, particularly in their interpersonal interactions. In addition, companies are realizing that just as today’s business environment has grown more complex so have the candidates and in turn, the decision making process. Organizations have begun to realize that to increase the caliber of their teams and decrease hiring costs, they needed additional resources to help them go deeper than what’s on paper. Penumbra Group offers training programs on Interviewing for Emotional Intelligence.

HOW DO I PUT MY EQ TO WORK?

Interviewing & Selection
By using custom designed job assessment tools you can create a targeted ‘ideal’ candidate profile to help you separate the best from the rest. Then, through Interviewing for EQ strategies managers learn to ask the right questions and interpret candidate answers to determine if they have the ‘must-haves’ for job success.

You can supplement this process by using a valid, legal, EQ self-assessment tool that the candidate can take prior to the interview. This tool is designed to assist the hiring manager in getting beneath the surface and to design targeted interview questions.

Performance Coaching
If you have a strong individual contributor who is a talented asset to the organization but isn’t performing to their optimal ability due to interpersonal conflicts, leadership style, or communication issues, it may be worth considering a retention investment in one-on-one performance coaching. With Emotional Intelligence at the heart of the program, employees with high technical savvy learn to tap into the power of EQ to raise their influence and interpersonal effectiveness with all personality types and levels.

This powerful finding helps to explain why Leadership Development programs that do not include the concept of emotional intelligence are incomplete and may fail to bring about real and lasting results. The first step to increasing EQ is through awareness.

If your organization already offers a leadership training program, a module on the ten practical EQ skills would be a strong addition. Leaders need to demonstrate strength in self- control, empathy, problem solving and influence. EQ is important for new and seasoned leaders alike.

You can include a 360-degree feedback tool designed to measure EQ for those in leadership positions. This tool is most effective for creating change-inducing awareness because it includes self, supervisor, peer, and subordinate feedback.

Now offering all services in a virtual format. Ask us.